"Nothing is as real as a dream. The world can change around you, but your dream will not. Your life may change, but your dream doesn’t have to. Responsibilities need not erase it. Duties need not obscure it. Your spouse and children need not get in its way, because the dream is within you. No one can take your dream away."
— Tom Clancy, Commencement Address, Loyola College, 1986

Thomas Leo Clancy Jr., better known as Tom Clancy was an American novelist responsible for a number of best-selling political and technical thriller novels, starring some of his most prolific characters including Jack Ryan, Sr.. Well known for crafting narratives regarding contemporary military, espionage, and political fiction with exceptional detail focused into military technology, political science, and foreign policy.

His name has developed into a world-recognized brand, with the penning of subsequent novels by ghost writers and a series of nonfiction books on military subjects and autobiographies on world leaders. His brand has extended beyond his initial novel-penning to include video games, board games, blockbuster films, and television shows. Outside his writing career, Clancy was a part-time owner of the Baltimore Orioles, a Major League Baseball Team and has served as the sport team's vice-chairman of community activities and public affairs.

Thomas Leo Clancy Jr. was born in Calvert County, Maryland, United States of America. He attended Loyola Blakefield in Towson, Maryland, graduating with the class of 1965. He went on to study English Literature at Loyola College in Baltimore, graduating with the class of 1969.[1] Though he wanted to serve in the United States military, he was rejected after failing a required eye exam in the Reserve Officers' Training Corps. Before making his literary debut, he spent some time running an independent insurance agency.

Clancy married his first wife, Wanda, in 1970. After having four children together, they divorced in 1998. Wanda's divorce papers (filed in 1996) claimed that Clancy had "committed adultery with Katherine Huang" a New York assistant district attorney he met online.[2]

In 1996, Clancy co-founded the game developer Red Storm Entertainment and ever since he has had his name on several of Red Storm's most successful games. Red Storm was later bought by publisher Ubisoft, which continues to use the Clancy name.

In 2008, Clancy's name was purchased by Ubisoft for an undisclosed sum for the use in conjunction with video games and related products such as movies and books. [1]

Clancy has generally been regarded as a political conservative, and has donated over US$256,000 to Republican Party political candidates.[4]

After 9/11, Clancy was an early and, to many, surprising defender of Islam. He was interviewed on NBC later that day. Clancy has also associated himself with General Anthony Zinni, a critic of the Iraq War and the George W. Bush administration, and has been critical of former Defense Secretary Donald Rumsfeld.[5] He was categorized as a northern paleoconservative.[6]

Some of his books bear dedications to Republican political figures, most notably Ronald Reagan. In his novels countries portrayed as hostile to the USA include the former Soviet Union, China, India, Iran and Japan while Russian Federation, Saudi Arabia, Pakistan and the United Kingdom are shown as close allies of the USA. 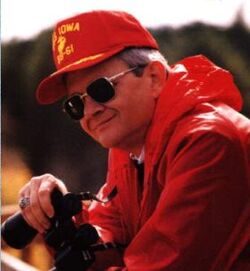 The website IMDB reports that Tom Clancy's novel Without Remorse is to be made into a movie and is expected to be released in 2008. Filming is to commence in 2008. No other details were available as of 27 June 2007.

With the release of The Teeth of the Tiger, Clancy introduced Jack Ryan's son and two nephews as main characters. However, Jack Ryan returns in subsequent novels Dead or Alive, Locked On, and Threat Vector.

These are sometimes referred to by fans as "apostrophe" books; In 1997, Clancy signed a book deal with Penguin Putnam Inc. (both part of Pearson Education), that paid him US$50 million for the world-English rights to two new books. He then signed a second agreement for another US$25 million for a four-year book/multimedia deal. Clancy followed this up with an agreement with Berkley Books for 24 paperbacks to tie in with the television miniseries NetForce aired in the fall/winter of 1998. The Op-Center universe has laid the ground for the series of books written by Jeff Rovin, which was in an agreement worth US $22 million bringing the total value of the package to US$97 million.

All but two of Clancy's novels feature Jack Ryan or John Clark.

Clancy published sixteen novels within the Ryanverse. Below is a chart that compares the released order to the storyline order.

The Office of the State Fire Marshal said Friday that the boys, who are 12 and 14 and from the Dares Beach community in Calvert County, confessed to igniting combustibles in the living room of the two-story, unoccupied wood frame house on the evening of Aug. 22. The fire was reported to 911 by a boater in the Chesapeake bay who saw a large column of smoke on land, Fire department responded, after a long search of the heavily wooded community they discovered it was on Clancy's property.The fire was brought under control within 15 minutes of the arrival of firefighters, but the house was already destroyed.